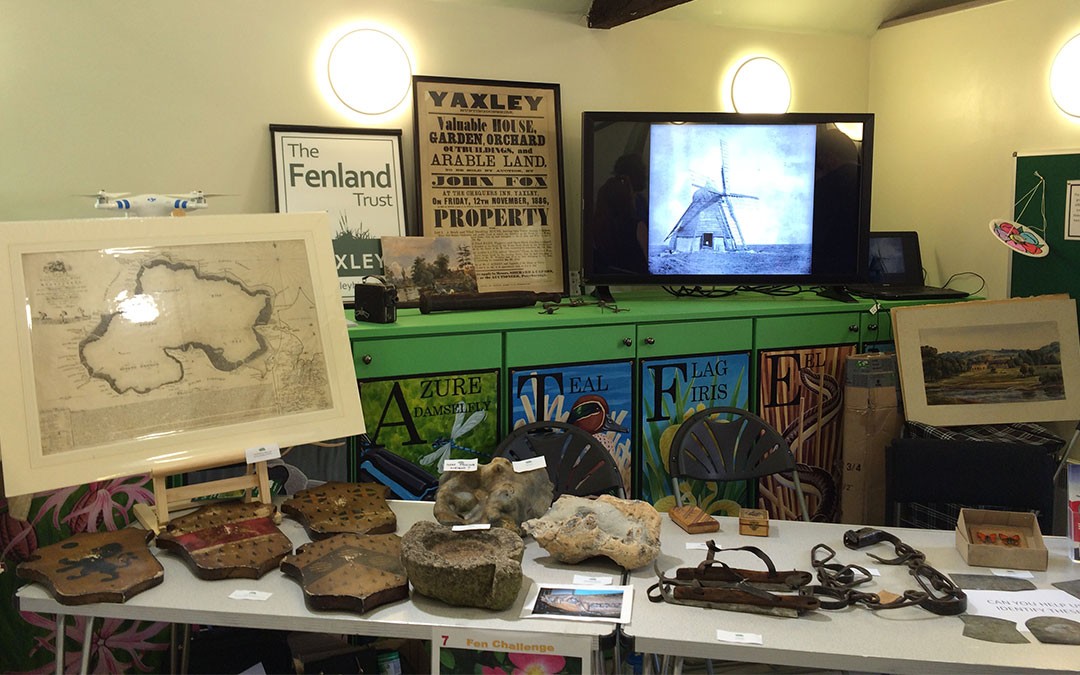 An enjoyable day spent at the Great Fen with the Fenland Trust team on Sunday. Displaying a selection of exhibits from the collection and networking with fellow exhibitors and visitors. Lots of tales from the Fen shared and plans developing to work even more closely with other organisations in the area of heritage.

We took along some really interesting items which included a medieval stone stoup used as a receptacle for holy water by the Benedictine Monks in Yaxley, a fascinating flint anchor / net weight discovered on the bed of Trundle Mere and a fossilised Pliosaur jaw bone. Alongside these were original watercolours painted by the Heathcotes of Conington castle, manorial plaques kindly loaned by Yaxley Parish Council and an original 18th Century Parliamentary bill detailing the drainage of Yaxley Fen.